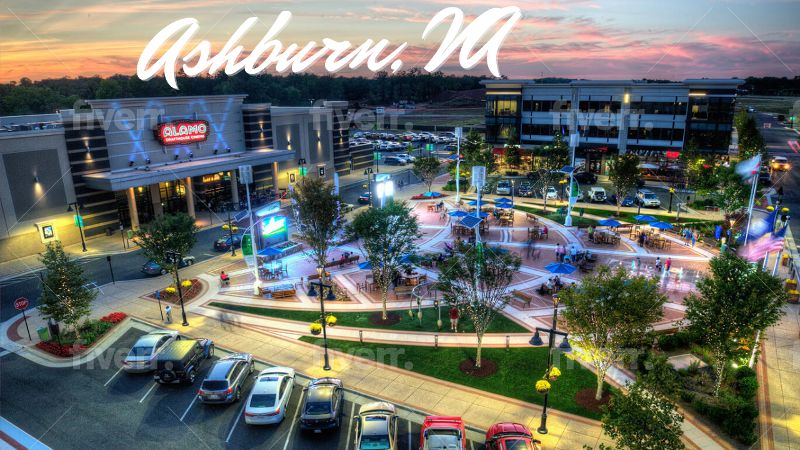 The Silver Line is going to change Ashburn forever.

As part of the D.C. metro area, there’s a lot to love about Ashburn. It’s only 30 miles from downtown Washington and attracts computer scientists and engineers from across the world due to its high concentration of data servers that help power the internet.

Outside of the tech world, Ashburn is a family-friendly town with plenty of things to do for young families and professionals just settling into Ashburn. With a lively nightlife scene in Ashburn and throughout Loudoun County, there’s no better time to move here.

In fact, the city just announced plans to unveil a new Metro service that adds six stops to the Silver Line track which runs through Dulles International Airport and ends in Ashburn. City officials believe this addition will benefit the surrounding area and help bolster the local economy.

Would you like to know what your Ashburn home is worth today?

This article discusses the benefits of the Silver Line Extension, the impact it will have on the surrounding area, and why moving to Ashburn VA may be a great option for you.

What is the Silver Line?

Discussions for a new metro line started in the 1990s, but as the years passed and the economy started to shift, plans for the Silver Line were put on hold. However, a recent proposal sought to open the new metro line in late 2018, but due to construction delays, this deadline wasn’t met and progress stalled.

However, recent efforts to open the Silver Line have caught on. The official WMATA website says that they are close to setting an opening date for the Silver Line and anticipate the extension to open soon.

Why add an extension in the first place?

The project has been in development for over eight years. The WMATA has already started to replace old maps with new ones posted on trains and transit centers in the area ahead of its official launch. The line adds six stations, including:

The launch of the new stops on the Silver Line is set to provide plenty of benefits to the D.C. metro area, but Ashburn stands to benefit the most.

With an additional stop in Ashburn, we should see major companies start to migrate to Ashburn to base their companies. With easy access from the Silver Line Extension, workers can get to their offices faster–making Ashburn an ideal place to settle for professionals.

An influx of residents means that real estate investors will develop the Ashburn area to include more retail space and affordable housing. In fact, the next phase of the Moorefield development is underway and plans call for over 2,000 new residences and over 900,000 square feet of retail space for new businesses.

Ashburn will also see a boost in its tax base and local economy. While the Silver Line Extension will certainly attract large companies, there will be plenty of opportunity for small businesses to set up shop and take advantage of the increased foot traffic in the Ashburn area.

Why move to Ashburn, VA?

There are so many reasons why moving to Ashburn is such a great idea. Whether you’re a young family putting down roots or a recent college graduate just starting your career, Ashburn has plenty to offer and we believe you’ll love living here.

Foodies will revel in the eclectic eateries in the Ashburn area and throughout Loudoun County. One Loudoun is described as the “confluence of culture” and is located only a few miles from Dulles International Airport. You’ll find local shops and new condominiums in this lively area, and the nice weather brings families and their children to play at the playground.

With all the benefits that moving to Ashburn has, the cost of living is the best part. This fun suburban town is much more reasonably priced compared to its neighbors. Median home prices in Ashburn come in around $493,000 which is almost half that of properties in Washington DC. Additionally, residents report that the price of everyday items like groceries and public transportation are much more affordable but also offers high end options.

The price of real estate market might be enough to deter first-time homebuyers from settling in Ashburn. However, the real estate market is starting to cool off and home prices are falling–meaning it could be possible to buy a home under market value in the near future.

Ashburn has low unemployment and is much lower than the national average. Its job market is increasing year over year and experts predict it will post future job growth of 43% in the next ten years. While the cost of living may be high, the average income for Ashburn residents is about $47,000 and is starting to trend higher as the cost of living continues to increase.

Moving to Ashburn may be one of the best decisions you can make. Couples expanding their families will find that Ashburn has plenty of walking trails and outdoor activities that everyone will enjoy. The small town is becoming more popular for commuters and will likely continue to increase as the Silver Line Extension opens in the coming months.

For more information on moving to Ashburn, contact Kevin Bailey for the best real estate services in the D.C. area and how we can help you buy or sell your home in the D.C. metro area.

➧ What Is My Home Worth?